Although there are several theories about the origins of Father’s Day, one of those theories has gained the most acceptance among historians, and even with the U.S. government. In a nutshell, Father’s Day exists thanks to the efforts of one woman who realized that fathers were as worthy of their own holiday as mothers. The woman knew this because her father raised her and her five brothers after her mother died while giving birth to the youngest boy. Here at Gordon Boswell, we think it’s great that fathers have a day on which they are recognized. We love to come up with appropriate gifts for any occasion, and Father’s Day is no exception.

How it All Began

Many people believe that Spokane, Washington is the true birthplace of Father’s Day. The reason for that is that is because Mrs. Sonora Smart Dodd campaigned almost tirelessly to have the observance recognized as an official holiday and national celebration. Mrs. Dodd’s mother died in 1898 while giving birth to her fifth son. That left her father, William Jackson Smart, with the sole responsibility of raising six children on a farm in a remote area of eastern Washington.

Mrs. Dodd didn’t realize how hard her father worked, both as a father, and as a farmer who tried to earn a livelihood and feed his children, until she got married and had her own children. She came up with the idea to have a day that honored fathers while sitting in church for a Mother’s Day sermon in 1909 at Central United Methodist Church in Spokane. 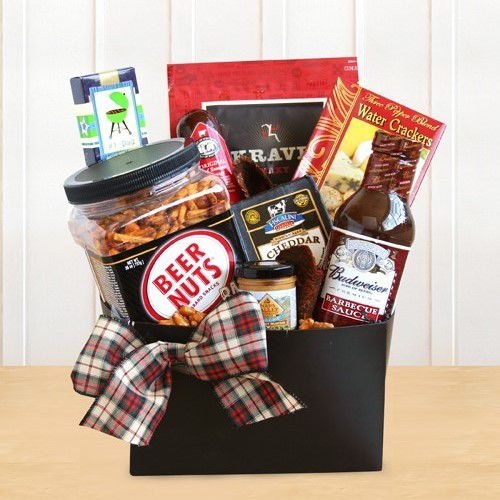 1916 – President Woodrow Wilson tried to have Father’s Day declared an official holiday. He wasn’t able to get congressional support to pass a law.

1924 – President Calvin Coolidge recommended that Father’s Day be observed, but he never issued an official declaration.

1957 – Senator Margaret Chase Smith wrote a scathing accusation to Congress, alleging that Congress had ignored fathers for the past 40 years.

1966 – President Lyndon B. Johnson signed a proclamation that made the third Sunday of every June, Father’s Day. What to Get Your Dad for Father’s Day

Since we’re living in the 21st century now, you can forget about getting dad that dress or sports shirt he really doesn’t want. You definitely don’t want to get him another useless tie, or some tools he may or may not need. We’ve come up with some fantastic ideas that will allow you to give your dad something very different, and something he’s sure to enjoy.

Arm your dad with His Favorite Things so he’s fully stocked with snacks to munch on while manning the barbecue grill or watching the Texas Rangers cream the opposition in televised Major League Baseball broadcasts.

If your dad is a classic car lover, give him our ’65 Mustang arrangement. Dad will love the cheery look of this whimsical bouquet on his desk or a table in his “man cave.” We combine yellow Alstroemeria, red mini carnations, white mini spray carnations, blue Delphinium and more, with sword leaf fern leaves. The keepsake car will help him cherish those Father’s Day memories.